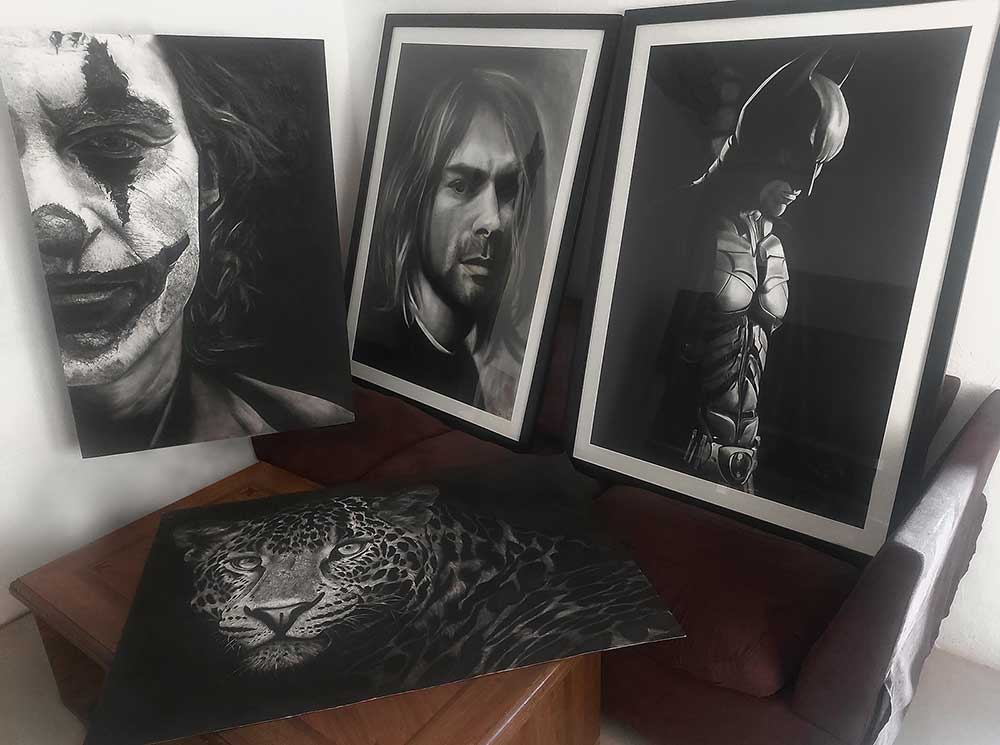 About The Artwork
The first-generation Ford Mustang was manufactured by Ford from March 1964 until 1973. The introduction of the Mustang created a new class of automobiles known as the pony cars. The Mustang’s styling, with its long hood and short deck, proved wildly popular and inspired a host of competition.

It was initially introduced on April 17, 1964, as a hardtop and convertible with the fastback version put on sale in August 1964. At the time of its introduction, the Mustang, sharing its platform with the Falcon, was slotted into a compact car segment.

Born in Mauritius, Steeven Shaw is a Self-Taught Fine Art Photographer with more than 15 years of experience.
Drawing since Nov 2019 and worked for more than 25 French Fashion Agencies for 8 years. He is also a Web Developer/Security.